An Introduction to Systems Ecology by Howard T. Odum, 1983

see all our permaculture and ecology book reviews here

“He provided a theoretical framework and conceptual tool which was critical in the development of the permaculture concept.”

“Odum has developed a systems approach to the study of human/environment interactions, using energy as a currency to compare and quantify the whole spectrum of natural and man-made elements and processes.”

Odum himself says at the beginning of “Ecological and General Systems”:

“The environment has organisms, water, air, human machines, soils, cities, forests, lakes , oceans, … and connecting them all are flows of energy, including those associated with matter and information.”

According to Odum, humanity’s limited knowledge and perspective regarding the environment and all the relationships between the elements in it (including humans themselves) was not seen as “critical to our survival”. At least not up to the point when our actions would become capable of actually affecting the whole ecosystem in a significant manner. But seeing how, in our current situation, that point is now well behind us, understanding these environmental systems becomes a matter of urgency.

“Because humans are in the system”, he says, “they see so much detail that they are often bewildered. A simplified version of a system is called a ‘model’. People can learn and understand simplified models even if they cannot perceive the full system at a time. Model building becomes even more necessary if the human mind is to grasp and understand the performance of the system of which it is a tiny part.”

After dedicating the first two chapters to introducing the concepts of systems and briefly examining ecosystems’ patterns and models, Odum then spends some time describing the different variations of systems designs and layouts. Admittedly, in a language that eventually became way too technical for me to fully understand.

Finally, and for the last third of the book, a focus is put on the design and interpretation of systems of nature and humanity, looking at the main roles of production and consumption in a system, and at examples of environmental systems of different scales, from a cow’s relationship with digestive microbes to the workings of a whole country’s economy. 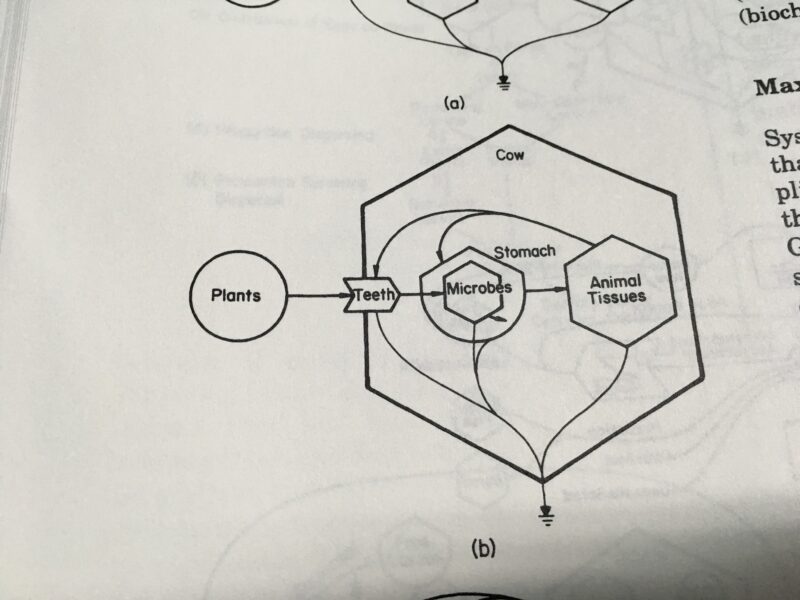 [example of a simple system – Cow and digestive microbes] 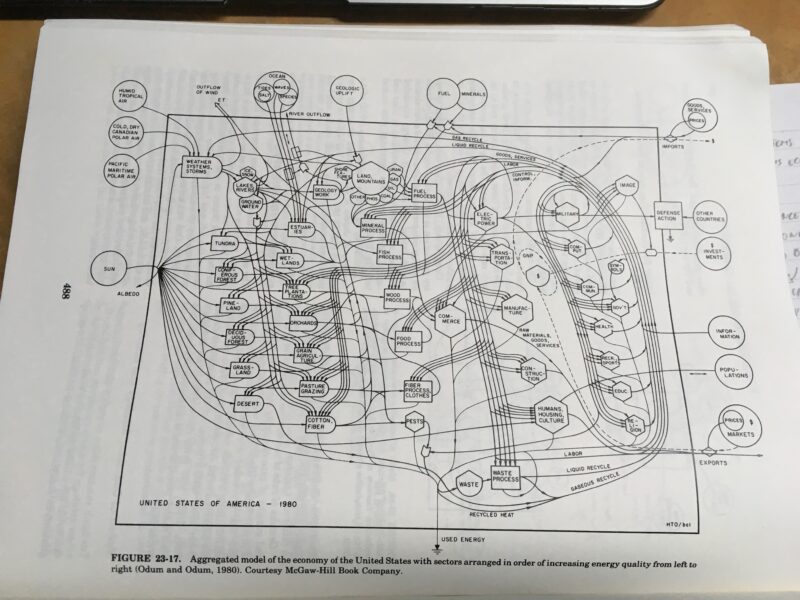 Making use of concepts such as ‘work’ and ‘power’ within the context of an energy system, Odum describes laws and design principles which prove highly relevant when observing the whole environment and its many many systems — including humans and human organizations or constructs. Relevant examples of these principles could be the first law of energetics — the conservation law — which states that energy is neither created nor destroyed in a system; or the second law of energy, by which all storages and processes require heat dispersal (ie, loss of energy).

Even if not necessarily putting them down into a diagram, the simple understanding of a system and all its parts, relationships, processes and energy webs and pathways, is essential for designing, implementing or evaluating an holistic project, of which a permaculture design might be an ideal example. 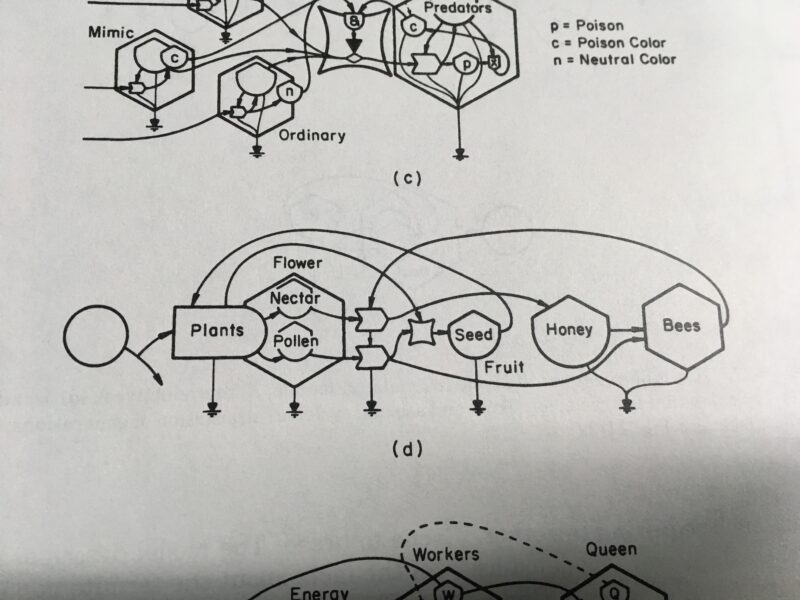 [example of a system – Pollination]

Energy systems design provides a way of organizing concepts that can become quite complex, by using few and simple principles.

(It’s almost like computer programming you can apply to permaculture!) 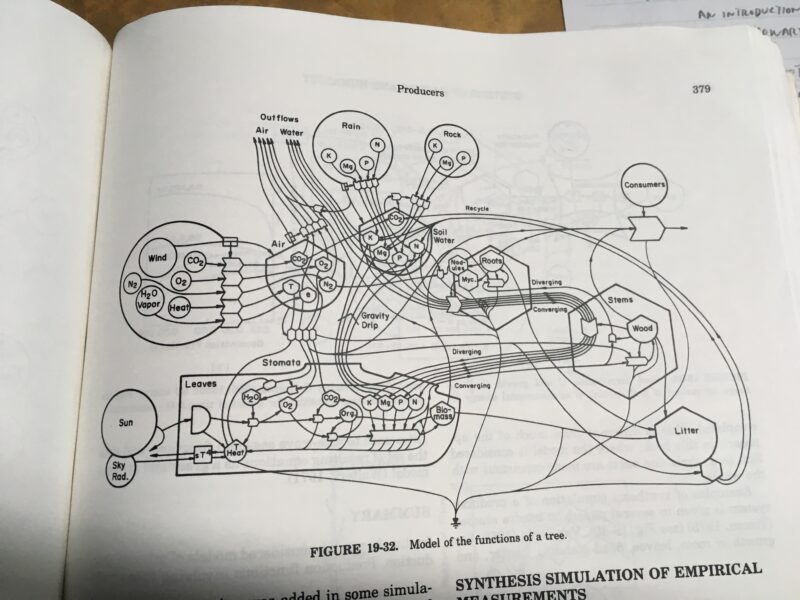 [example of a system – Functions of a tree]

This way of showing the nature of the universe can also be the way of teaching people a new, more whole view of the world, maybe by letting them discover your own personal design and unders tanding how its processes relate to the workings of the environment, as a whole.

As Odum says, ”If the ultimate purpose of models is to provide humanity with a way to conceive of the greater complexity of the real world within the mind’s capacity, the most valuable models will be those sufficiently simple to be understood mentally but containing information that is important for explanation, prediction and control.”

So get out there, and design your backyard as if you were designing the world.